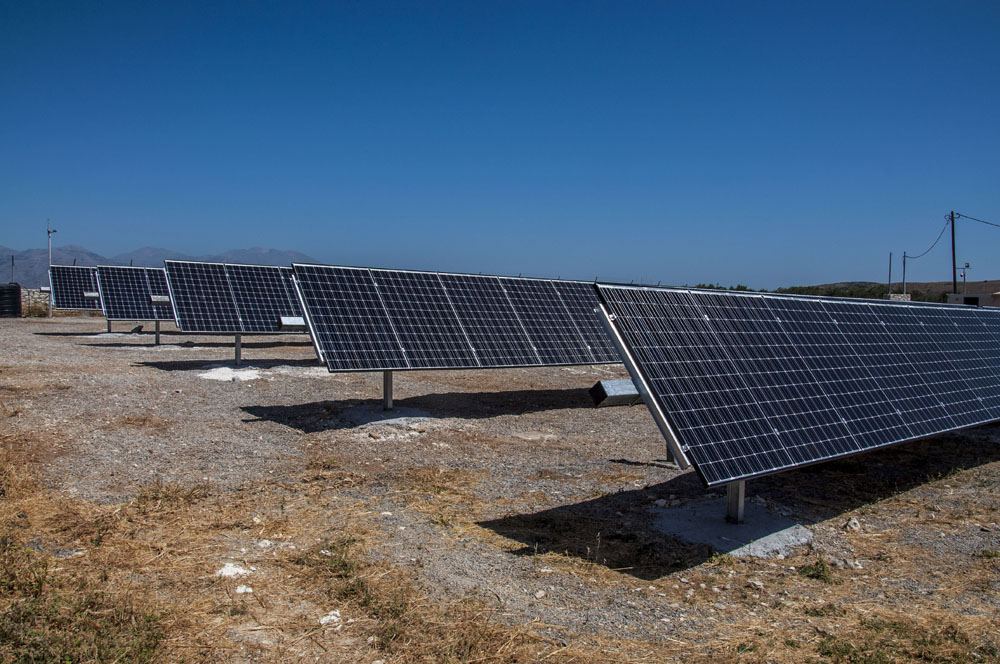 Crete is not only a destination meant for holidays, it is also a sunny and ideal place for solar energy investments. Two new solar power plants with DEGER S100-SR single axis tracking systems of 80 kW each were installed last summer.With the contribution of the patented MLD sensor of DEGER, the solar modules are expected to produce about 30% more energy than fixed systems.

The first installation is made by the company of Entec Contractors on behalf of HELLAS CHART company. In this project, 5 units S100-SR single axis trackers, which carried a total of 216 ECOSUN 370W solar modules were installed. Specifically, out of the 5 trackers, 4 trackers carry 45 solar modules while the fifth carries 36.

The first impressions of the overall operation are very encouraging. Installations with DEGER’s solar tracking systems, which allow you to have greater energy efficiency -up to 30% for single-axis systems and up to 45% for dual axis systems- continue with unprecedented intensity throughout Greece. DEGER is a pioneer in solar tracking technology worldwide, with more than 100,000 projects currently installed.